Benjamin P. Eisenberger, Esq., has more than 30 years of active legal experience in private practice, having represented thousands of clients. He is admitted to the New York State and Federal Bars and the U.S. Supreme Court. If you have a problem that cannot be solved without legal help from a lawyer, Mr. Eisenberger will give you advice that is grounded in solid legal experience. Call for an appointment and begin the legal process. We will provide personal service to you and personal attention to all matters that you present. My goal is to achieve the best possible outcome. “My word is my bond. I accept only those matters where I believe that I can perform a service which is of benefit to the client.” 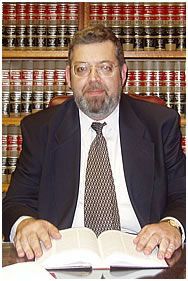 » Successfully argued to deny Certiorari to a case filed with the Supreme Court of the United States; » As lead counsel, prevailed in the defense of a six week multi-party trial in the New York State Supreme Court; » Successfully argued appeals to the Appellate Term and Appellate Division, First Department; » Obtained Summary Judgment dismissing a challenge to a non-profit institution’s exemption from rent stabilization;    (an adverse decision would have affected thousands of apartments); » Successfully obtained orders of eviction against a motorcycle gang terrorizing a neighborhood and on a separate    occasion, against a group of drug dealers; » Won at trial a contested “lost will” proceeding where Surrogates Court granted probate of a will which had been    destroyed and two of witnesses to the will were deceased; » Negotiated for rental space and represented the first indoor Sports Centers in the New York metropolitan area; » Appointed by the Supreme Court, Kings County, to serve as a Guardian of the property for an infant awarded a    multi-million dollar malpractice award.

New York State Bar Association; Legal Referral Service of the Association of the Bar of the City of New York.